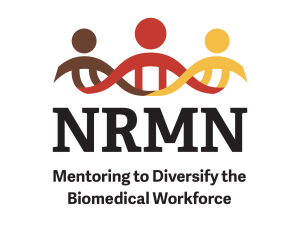 Are you finding it challenging to learn the intricacies of writing NIH-style research proposals?

Do you struggle with making a compelling case to reviewers for the importance of your research project?

Are you having trouble getting consistent feedback from experts as you write research proposals?

If any or all of these apply to you, then consider applying for entry into the University of Utah Grant Writing Coaching Research Study funded by the NIH Common Fund (grant U01 GM132366; administered by the NIGMS). This study will compare variations of an established grant writing group coaching process to identify features that influence its effectiveness.

What is the Study About?

The University of Utah was awarded a grant from the National Institutes of Health (NIH) (grant #U01GM132366, IRB approval # 00113440) to study interventions aimed at  refining the proposal writing skills of early stage investigators and increasing their success in receiving NIH grants. The interventions being tested are rooted in an intensive group coaching model for investigators who are actively writing, or poised to begin writing, a research grant application.  The study will compare variations of the group coaching intervention to identify features that influence its effectiveness.

How is this Study Designed?

Study participants (Scholars) will engage in a writing-intensive, small group, coaching experience designed to refine their proposal writing skills and facilitate timely submission of their proposals, led by an experienced grant writing coach (senior investigator). The  intervention begins with a 1-day long in-person kickoff, followed by 4-6 months of bi-weekly virtual group coaching meetings, and concluding with a virtual mock study section. Participants  are asked to select a Scientific Advisor (mentor or experienced colleague), typically at their home institution, to provide them with field-specific feedback on the proposal’s content during the study. Each Scholar and Scientific Advisor pair will be randomized into one of four study arms designed to assess the impact of different coaching groups features on participants’ outcomes, including the submission and receipt of NIH grant awards.

There are four intervention arms to which a participant and their Scientific Advisor might be randomly assigned.  In all arms, participants will experience the core 4-6 month grant writing coaching process. Depending on randomization, some Scientific Advisors will be asked to engage more directly and in a more structured fashion with the coaching group process, and some participants will have access to additional, individualized coaching options after the initial 4-6 month group coaching experience.

Intervention arm 1: Each Participant and their Scientific Advisor will determine their own approach and the level of engagement needed to prepare a grant proposal;

Intervention arm 2: Scientific Advisors interact with both the Participant individually as well as the other members of the coaching group;

Intervention arm 3: Intervention 1 plus access to additional coaching after the completion of the 4-6 months of coaching group activity;

Intervention arm 4: Intervention 2 plus access to additional coaching after the completion of the 4-6 months of coaching group activity.

Who Can Participate in the Study?

How do I apply?

Note the application will prompt you to upload additional documents:

Applicants will be notified of their status at least 3 weeks prior to the in-person kickoff.

What are the Full Eligibility Requirements and Exclusion Criteria?

*Due to NIH restrictions on providing funding and resources to employees or contractors of the NIH Intramural Program through extramural funds, postdoctoral fellows currently working at NIH are not eligible to participate in U01-supported Grant Writing Coaching Groups.

What will study participants be asked to do?

Choose one of these two simple options to get your program listed on CRCERA:

It's free to be listed, and your post will reach everyone in our community of cancer researchers in San Diego.

The CRCERA Newsletter comes once a month and includes a list of the latest training opportunities. Don't miss out - sign up now!